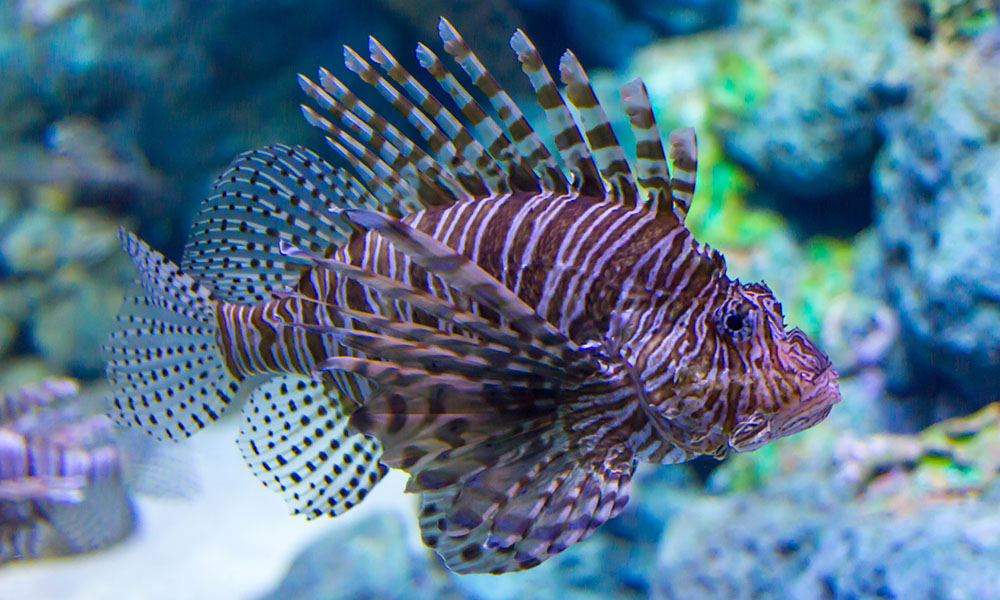 In an interesting bit of science news, researchers are finding lionfish at deeper depths than are typical for the species, and they are getting bigger to go along with that.

While lionfish are typically between 12 and 15 inches (30 to 38 centimeters) long, the Oregon State researchers say they saw unusually large specimens as big as 16 inches (40 cm) long.

“This was kind of an ‘Ah hah!’ moment,” Green said. “It was immediately clear that this is a new frontier in the lionfish crisis, and that something is going to have to be done about it. Seeing it up-close really brought home the nature of the problem.”

Native to tropical Indo-Pacific waters, lionfish were introduced to the Atlantic by humans in the 1990s, likely through the exotic pet trade. Now found in reefs from North Carolina to South America, the rapidly reproducing invasive fish have voracious appetites, gobbling up native fish and competing with other species for food resources.

Considering that they are an invasive species to this area, the news can be a bit alarming.

I’ve not had much experience with lionfish other than what I’ve seen of them in aquariums, but it’s interesting to learn that they are not native to the Atlantic – it shows that we as aquarists must be responsible with how we handle species from other areas around the globe. It’s too easy to set nature off balance if an invasive species thrives in an unexpected new home.